Tap Into an Incredible Lineage of WEALTH, ACHIEVEMENT and SUCCESS

As a Proctor Gallagher Institute Consultant, John Peck follows in the footsteps of the Vision, History, and Founders of PGI, in a lineage of entrepreneurs that changed their world.

In a nutshell, here is the legacy you’ll become a part of so you can create your own legacy: 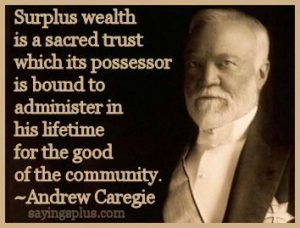 Andrew Carnegie was a Scottish American, self made industrialist, who led the expansion of the American steel industry. As the first US Billionaire, he passed on his knowledge to Napoleon Hill. Carnegie was also the biggest philanthropist of his time and created schools and libraries like the New York Public Library.

Hill was an American Journalist & Author of the bestseller Think and Grow Rich that sold 70 million copies worldwide and is still continuing to be the top personal development book ever written. ANDREW CARNEGIE and 504 of the richest people in the world shared their laws of success with NAPOLEON HILL  over the course of 20 years. Based on all of that research, Hill wrote Think and Grow Rich among other books. EARL NIGHTINGALE read Think and Grow Rich, became Hill’s protégé, and also became wealthy enough to retire at age 35. People asked Nightingale how he was able to do what he did, so he condensed Think and Grow Rich and recorded it on a record. Nightingale was a respected American radio personality. As a pioneer and protege of personal development, he is attributed to having started the personal development industry together with Lloyd Conant. 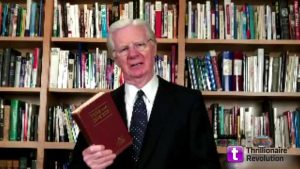 BOB PROCTOR read Think and Grow Rich and listened to Nightingale’s recording thousands of times before working as Nightingale’s protégé for five years.

Bob Proctor is an Author, Speaker, Mentor, Legendary figure and star of ‘The Secret’ and the soon to be released film, Thing and Grow Rich. Bob has transformed millions of lives worldwide through his teachings and programs. As one of the biggest names in prosperity and personal development, he delivers talks globally to help people, corporates and businesses achieve success in any area by living their lives in harmony with the universal laws 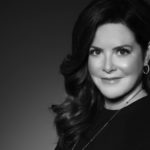 SANDY GALLAGHER, a successful banking attorney, saw Bob Proctor LIVE at a Science of Getting Rich Seminar in August of 2006 – is was then, her entire life changed. That weekend she set a goal to be in Bob’s Inner Circle as his closest adviser. Today, she’s the President, CEO and Co-Founder of the Proctor Gallagher Institute – working side-by-side with Bob Proctor and their team in bringing this life changing information to the world. Her mind-child, Thinking into Results, has impacted hundreds of thousands of people. 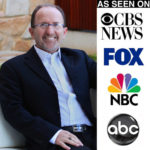 John has travelled extensively in Europe and Asia to deliver a message of transformation that breaks your disempowering paradigms and shifts you to install empowering paradigms.  John is also a certified NLP Trainer and Master Practitioner as well as a Results Coach.  As a PGI Consultant, John brings together mind and spirit that sets people free.  Like Bob, he believes there are universal laws to be discovered that bring success as sure as the sun rises and sets each day.

You, Your Family, Your Business

YOU, as a Proctor Gallagher protege, you can appropriate and integrate the strategies of this life transforming coaching and mentoring process while making your own mark.  Free your higher self to become a better you, the you YOU were meant to be, the YOU you want to be. 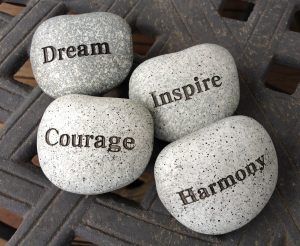 Through products and services that harmonize people with the natural, immutable Laws of the Universe.

With partners and collaborators who share our belief in joyful productivity, lifelong learning, and limitless prosperity.

In order to create a world in which true wealth — spiritual, material, intellectual — flows to, through, and from each one of us in an ever-expanding, never-ending cycle of abundance.

To millions of people across the globe, the name Bob Proctor is synonymous with success.  Long before his role in the movie The Secret sent him into the realm of superstardom, he was already a legendary figure in the world of personal development. His insights, inspiration, ideas, systems, and strategies are the dimes on which countless lives have spun —  the sparks that have ignited career transformations, personal epiphanies, inner awakenings, and the creation of million-dollar fortunes the world over.

Bob is the heir to the legacy of the modern science of success that began with the financier and philanthropist Andrew Carnegie. Carnegie’s great challenge to the young reporter Napoleon Hill to discern a formula for success fueled Hill’s creation of the renowned book Think and Grow Rich. Upon discovering this book at the age of 26, Bob’s life changed in an instant, leading him on his own quest for the secrets of success. That quest led him to Earl Nightingale, the famed “Dean of Personal Development” who soon became Bob’s colleague and mentor. Today, Bob continues to build upon and spread the remarkable teachings of these three giants.

As a speaker, author, consultant, coach, and mentor, Bob Proctor works with business entities and individuals around the world, instilling within them not only the mental foundations of success and the motivation to achieve, but also the actionable strategies that will empower them to grow, improve, and thrive in today’s ever-changing world. Through the Proctor Gallagher Institute, Bob, Sandy Gallagher, and their team teach the principles, strategies and fundamentals that help people and organizations create the results they want in life… results that STICK.

What do I want to do with my life?” Not long ago, anyone looking at Sandy Gallagher would have thought she had that question definitively answered. As an esteemed attorney with a successful career in banking law, Sandy regularly handled billions of dollars in mergers and acquisitions, IPOs, and other big-ticket transactions, and was an advisor to boards and top executives of Fortune 500 firms. She epitomized success in the classic corporate mold.

Yet an encounter with Bob Proctor set Sandy on an extraordinary new path — one that would ultimately change not only her life, but countless others. Through Bob’s teachings, Sandy finally understood the “why” behind her lifelong success. Without realizing it, she had spent her life practicing the very principles Bob espoused, and exemplifying their power. She knew then that her next mission in life was to teach others how to do what she had done. And she became determined to join forces with Bob in order to fulfill that mission.

After their first collaboration, Thinking Into Results — Sandy’s brainchild, which is widely acknowledged as the most powerful corporate transformational program of its kind — she quickly became CEO and President of Bob’s organization. Today, as the co-founder, CEO, and President of the Proctor Gallagher Institute, Sandy shares international speaking stages with Bob and works closely with him and their team of professionals to provide coaching, training, and consulting on the most profound, powerful, and transformative concepts and strategies humankind has ever known.

John is the founder of Eagle Wings International Marketing Limited and has a passion to release corporations, business leaders, investors, and individuals to discover their entrepreneurial wings and soar even higher into mastermind results with renewed energy, determination, and clarity.

With an MPhil in Linguistics, John has been a life-long student of mind mastery and the human psyche.  He started his journey by studying Linguistics to learn how the mind works to master language acquisition.  His studies led him on a trek to understand how to master the mind.   He subsequently became a Certified Proctor Gallagher Consultant and an NLP (Neuro-Linguistics Programing) Master Practitioner and Trainer.  He’s also a certified Performance Consultant.   He has been an education specialist and consultant for the past 20 years in the personal development and consulting field, NLP, and linguistics.

In 2012, using the strategies in Thinking Into Results, John increased his revenues by 3 times. He also lost 45 pounds over a 6 month period and increased his physical workout performance by 10 times over night.  How? By thinking into results.  That’s why he’s sold on these strategies.

HISTORY WILL BE KIND TO US, FOR WE INTEND TO WRITE IT. 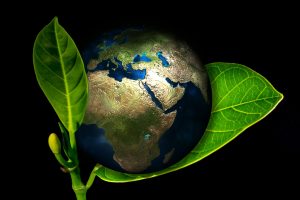 In the 9th grade, Bob Proctor dropped out of School. Feeling stuck, he got a low-paying job and wasn’t anticipating any sort of success coming his way. As time went on he found himself bouncing from crummy-job-to-crummier-job, unable to find a real future. At one point, he was riding public transportation an hour and a half both ways to a job he absolutely hated, with a boss he loathed but he  somehow was excruciatingly terrified to lose – which ironically, he did end up getting fired. 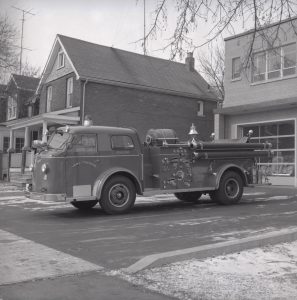 Bob ended up working at a fire hall in Toronto when he was 26 years old, and was not a very happy or healthy person. He owed more money than he was making, which was practically nothing – and the idea of getting out of debt or creating real success never even entered his mind.

Things were going from bad to worse when something amazing happened.

He met someone that encouraged him to look at the results he was creating and wouldn’t accept any of his excuses for not living a full and successful life… that man was Ray Stanford, and he gave Bob the book, Think and Grow Rich by Napoleon Hill. 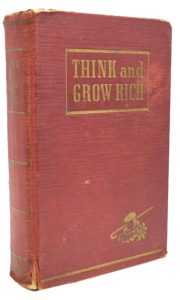 Bob’s life changed rapidly while studying Think and Grow Rich – he went from earning a few thousand dollars a year, to earning $175,000 per year, then quickly up over a million dollars a year.

He did this by opening a company washing floors. He was quickly washing floors in corporate offices in Toronto, Boston, Cleveland, Atlanta, London and Chicago.

Anyone would be pleased with transformation and success of this magnitude. But there was still one looming question that Bob couldn’t stop thinking about: How and why did his life change so drastically?

Bob committed the next 9 years of his life to finding the answer. He studied everything about human growth, habits and potential that he could get his hands on. 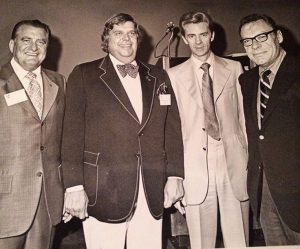 In 1961, he began working with Earl Nightingale and Lloyd Conant selling records. He had a new position with the company in his sights, one that didn’t yet exist – but would soon: Sales Director. The position was soon Bob’s and again, he was creating great success.

Bob had 6 key mentors in his life – Ray Stanford, Earl Nightingale, Lloyd Conant, Leland Val Van De Wall, Dr. C. Harry Roder and Bill Gove – all of which had a large impact on him finding these answers, and in some way helped him get to where he is today.

Over the course of nearly 40 years, Bob created a 19-company enterprise in the personal development industry compiled of books, seminars, programs and one-on-one coaching.

Fast forward to 2006 … an important year in the company’s history.

The movie The Secret was released, changing the lives of millions – and to some, making Bob appear as an overnight success who was quickly spotlighted on popular TV broadcasts like Ellen and Larry King. Though, the truth is Bob’s success long predated the release of The Secret.

Also in 2006, Sandy Gallagher, a corporate law attorney for more than two decades with more than 100 billion dollars under her belt attended one of Bob’s seminars in Vancouver Washington. She was completely blown away. 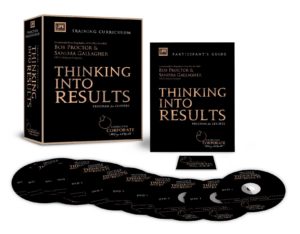 She quickly fell in love with this information and dove right in to EVERYTHING Bob had to offer. That day in the seminar she wrote down a goal to work in Bob’s inner circle as his closest adviser – and that’s exactly what she did.

Unbeknownst to Bob she started developing a program, Thinking Into Results, a program for individuals and corporations that would soon change the way professionals and companies think and behave.

In 2009, Sandy Gallagher became the President and CEO of Bob’s 19-company enterprise, taking the reigns with her incredible business and financial intelligence.

Since 2009, Sandy has been running the company and sharing international stages with Bob.

Now – Bob’s 19-company enterprise has transitioned to the Proctor Gallagher Institute, founded by Bob and Sandy together with the same principles it was built on almost half a century ago. 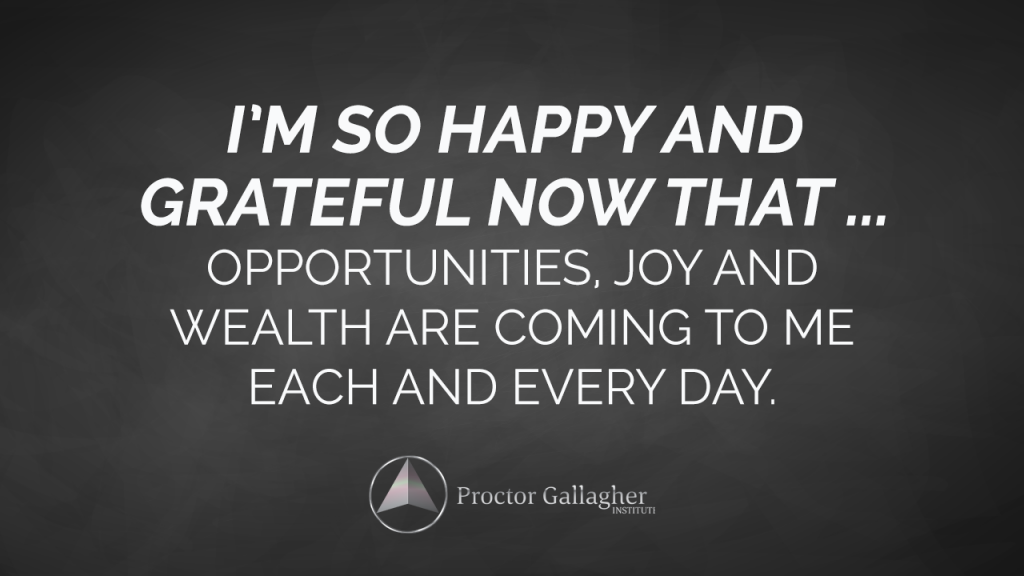